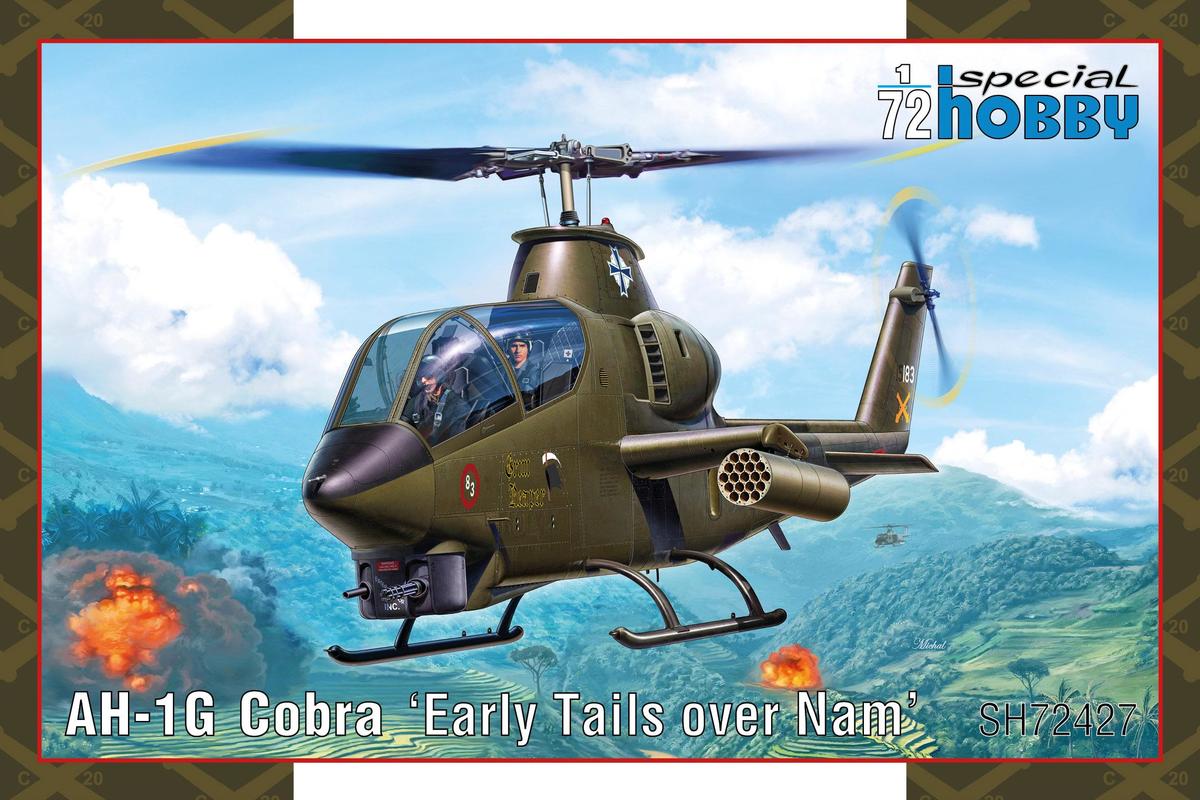 AH-1G Cobra "Early Tails"
AH-1G Cobra ‘Early Tails’ The AH-1G Cobra was the first helicopter ever to have been developed primarily for the ground attack role. The type was deployed in the Vietnam War since 1967 and its first batches sported a left-hand side tail rotor, opposed to the later standard which would carry it on the other side. Our model kit now features four of those early batch machines, one of which happens to be the very first Cobras to undertake test flights in Vietnam, and what is more, it was also painted in a USAF-style camouflage scheme of three shades on top surfaces with pale blue below. Needless to say, the rest of the machines in the kit are in standard Olive coat. One of them, however, boasts with a black tail boom introduced back in the time of the Cambodia invasion. All three olive machines also feature nice nose arts. plastic kit scale 1:72 unassembled/unpainted
€16.20* 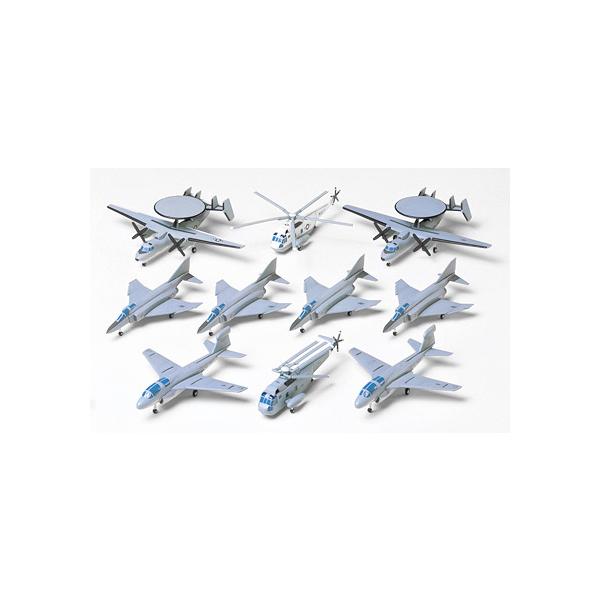 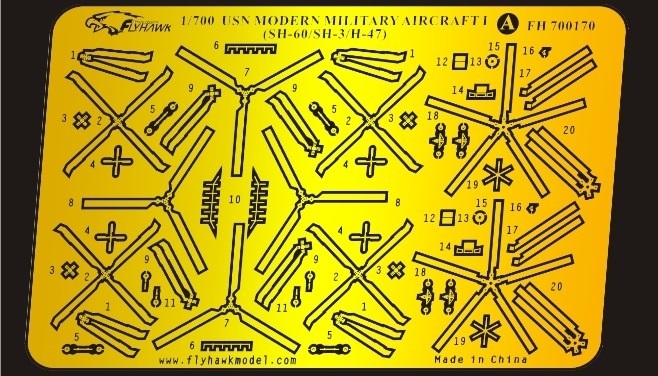 MODERN MILITARY AIRCRAFT
etchparts as seen on the picturescale 1:700
€9.04*
Details 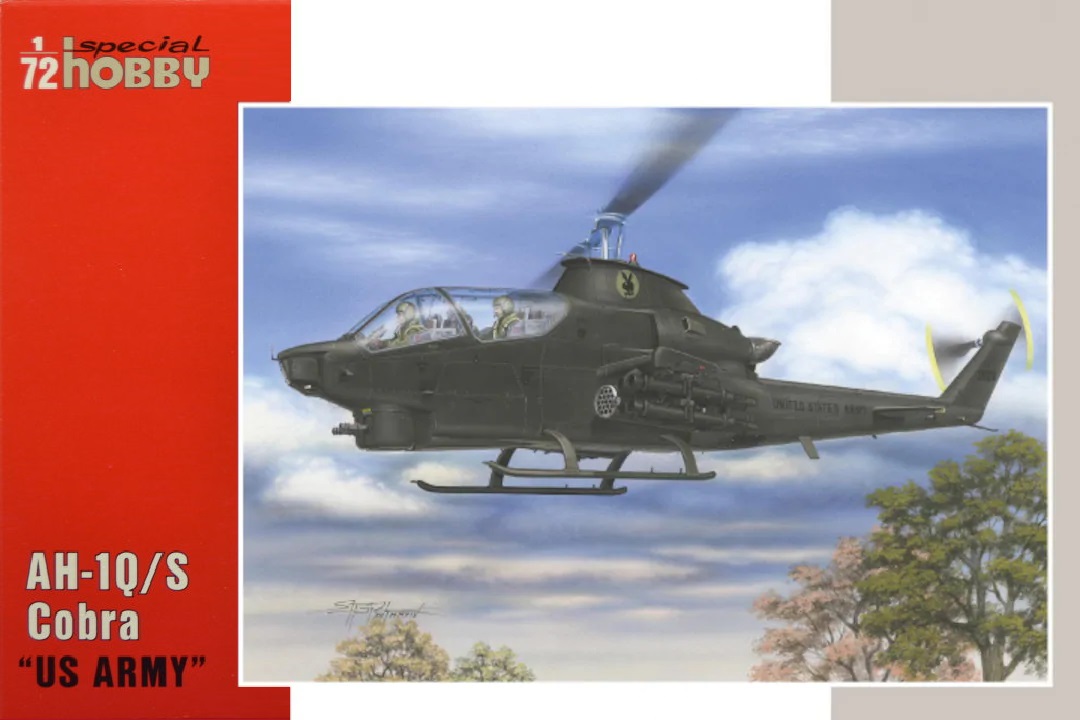 AH-1Q/ S Cobra "US Army&Turkey"
Plastic kit, scale 1:72, unassembled/unpainted. The very first version of the venerable Cobra helicopter, the AH-1G was primarily intended for army direct support. However, the Army command soon realised that dedicated anti-tank helicopters were gravely needed and thus the Q and S versions of the Cobra choppers were developed and also some of the earlier G version machines were upgraded to this new standard, although still having some components typical for the AH-1Gs. All these new versions were usualy armed with TOW guided anti-tank missiles. The kit parts come in six grey styrene sprues and exhibit splendid detail throughout, fine recessed panel lines and riveting. The clear runner contains five-part greenhouse of the canopy which bring the modeller possibility to display the model with either closed or open cockpit and there are also other tiny clear parts which represent for example a searchlight or gun sight. The kit also contains a set of resin parts and all of the above bring you an opportunity to build true-to-scale replica of either Q or S version of AH-1 Cobra helicopter. The decal sheet caters for five machines, there are four US Army machines, two of which in Q standard and the other two in S standard and the last one is highly attractive Turkish aircraft in three-tone camouflage.
€16.50*
Details 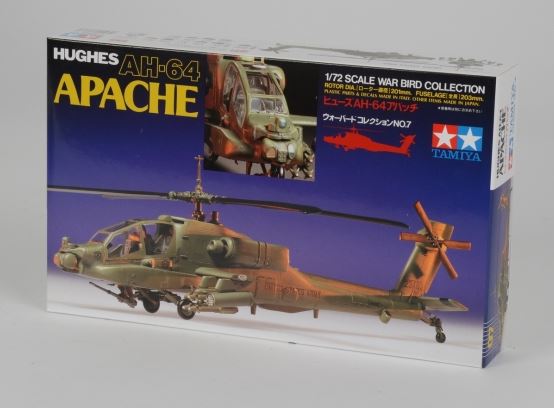 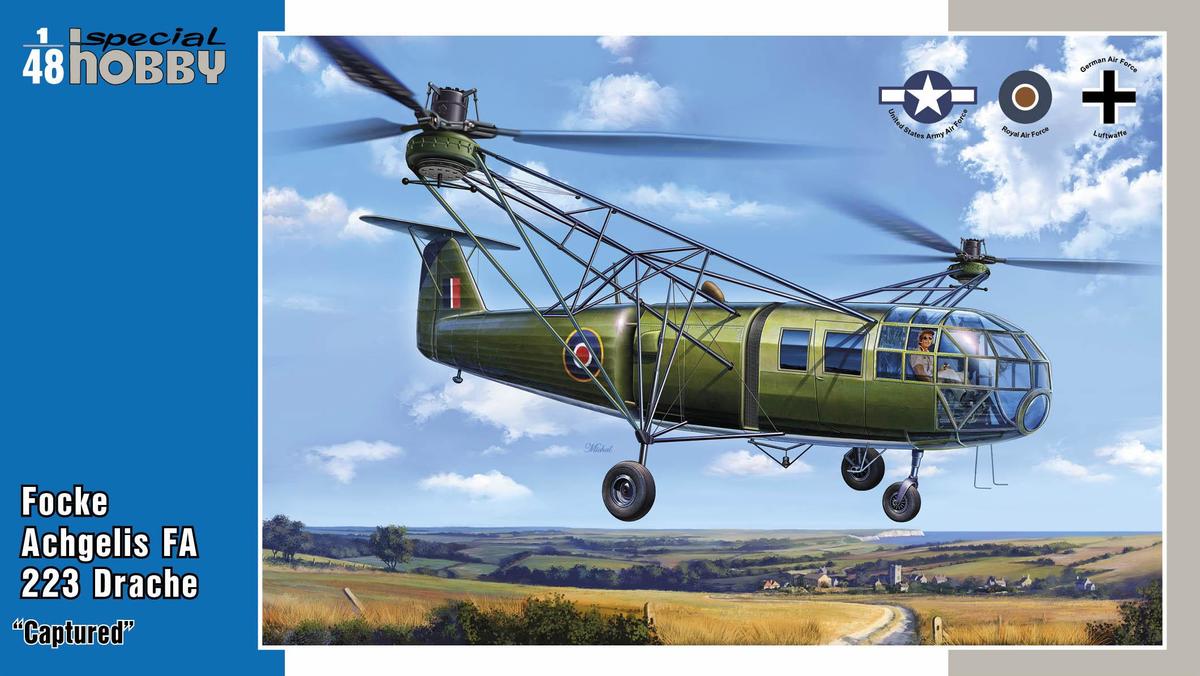 Focke Achgelis FA 223 Drache Capture
Plastic model kitscale 1:48unpainted/unbuilt Focke Achgelis FA 223 Drache ‘Captured’The first helicopter in the history of aviation to reach production status and also the first one to fly across the English Channel. This is, however, just a brief list of all firsts attained by the Drache. Its production had been planned to give 400 machines, but in the end and mainly because of Allied air raids, just about 20 of these remarkable machines emerged from the production line. In the final stages of the war, the Allied managed to capture a handful of Draches and put them to flight tests in Britain and in the USA whilst in France, there were actual attempts to develop the type further.    The only 1/48 scale model kit of this type ever produced    Contains photo etches and resin parts    Decal sheet comes with markings for Luftwaffe, RAF and USAAF machines
€39.90* 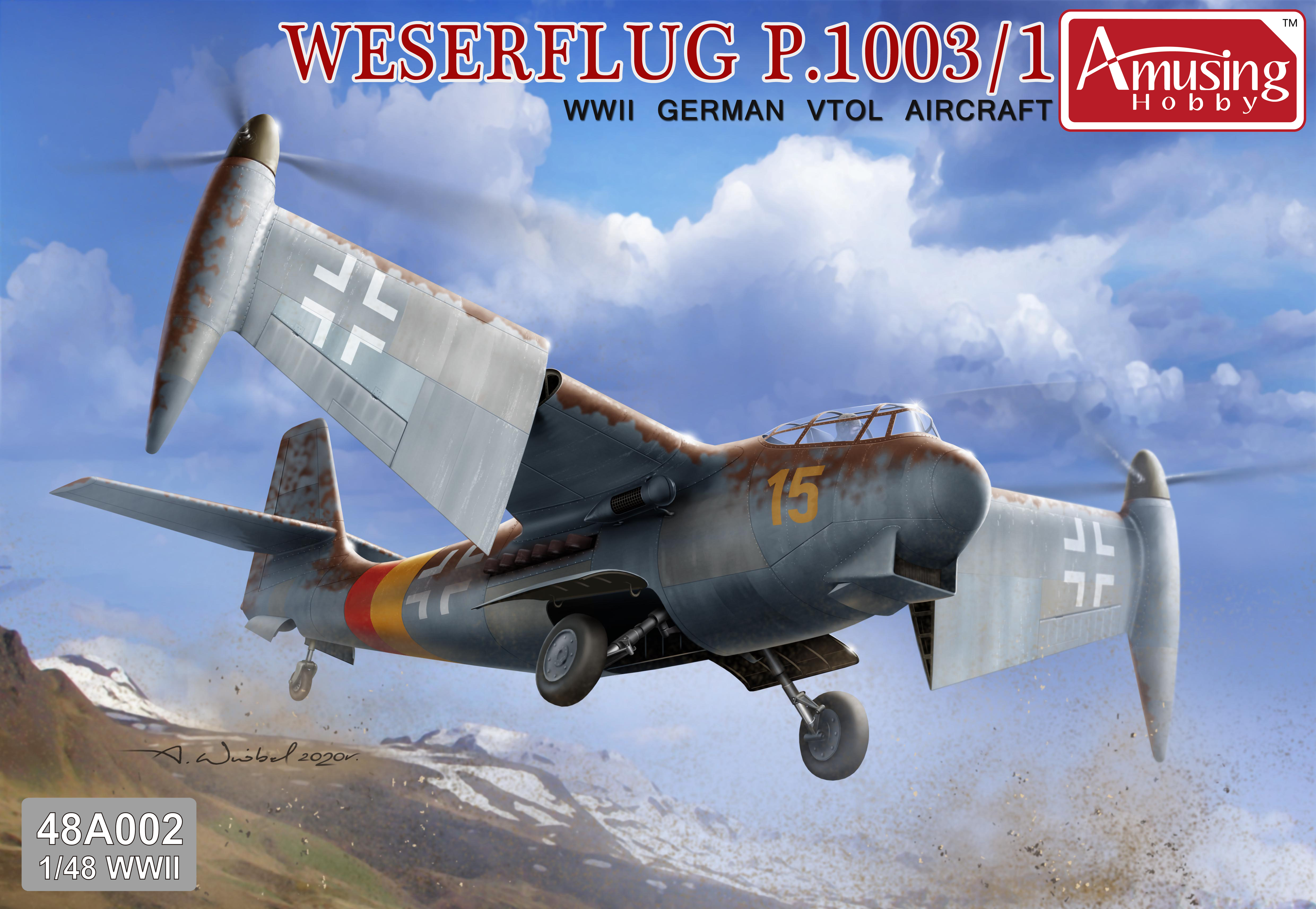